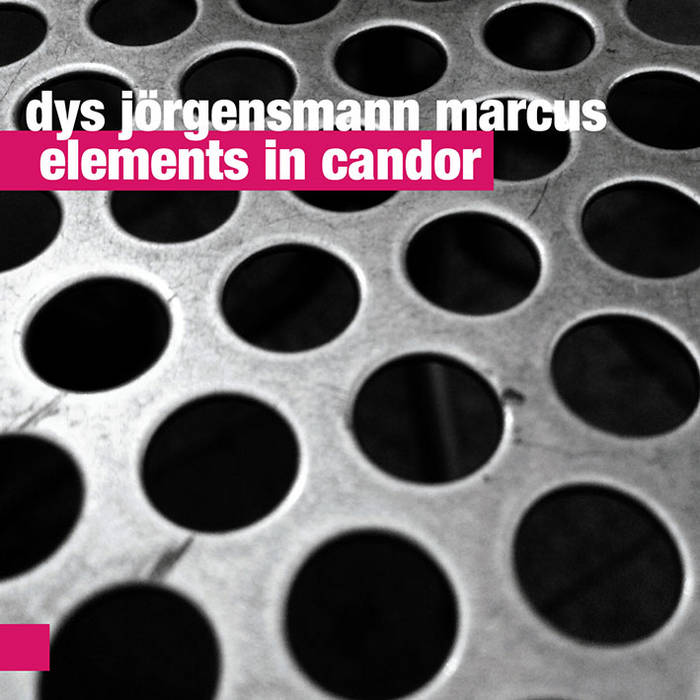 The album Elements In Candor, by Jörgensmann, Marcus and Dys Trio is a result of international and intergenerational cooperation, the initiator of which is For Tune® Publishing House. Compositions by each one of the musicians went into the creation of this album, which is a highly sophisticated, avant-garde tale with tremendous emotional content. The musicians are successful in creating exceptionally colorful musical images (despite the solo instruments' consistent tone), where it's difficult to make the typical distinctions between soloists and rhythm section. They exchange roles and supplement one another with enormous ease. Though the music is improvised and at times ecstatic, there is a captivating quality to the form in which it's manifested.

Michael Marcus (b. 1952) – an American clarinetist, who over the years has worked and recorded with many of the world jazz scene's foremost representatives, including Eddie Henderson, Antoine Roney, Reggie Workman, Nasheet Waits and James Carter, among others. Since his recording debut in 1991, he has taken part in over 35 sessions.

Theo Jörgensmann (b. 1948) – a clarinetist from Germany, considered to be one of the most eminent contemporary improvisers and virtuosos of that instrument. In his artistry, he combines an atmospheric and intimate jazz feel with a modal hard bop sensitivity. With his quartet, he has performed throughout North America and appeared at the Montreal Jazz Festival, as well as working with Kenny Wheeler.

The Krzysztof Dys Trio is comprised of outstanding musicians – members of the so-called young generation of Polish jazz players – who have been working with one another in various contexts for well over ten years now. Krzysztof Dys (piano), Andrzej Święs (bass) and Krzysztof Szmańda (drums) form a group which functions as a singular organism, in which harmony and equilibrium prevail. At the same time their music generates intense emotions, which collide with themselves within the mind of the listener, inducing new experiences and unblocking regions as yet undiscovered. The fundamental pillar to their music is Time, which, as it turns out, can in and of itself be multidimensional.