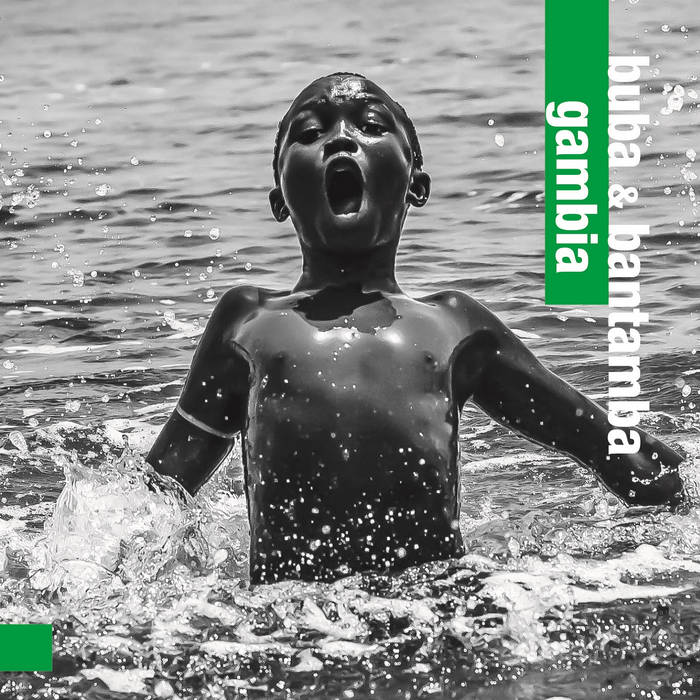 Regarded among Gambians as one of the most talented among the new generation of kora stars, Buba Badjie Kuyateh also hails from a long lineage of traditional kora masters. Badjie is one of the original griot family names (in West Africa the ‘griots’ are the master
musicians and oral history keepers), and this name is inherited from his mother’s side of the family. Buba’s mother Tuti is herself a very famous traditional griot singer in Brikama. But his kora lineage also comes from his father’s side, which also gives Buba his name of Kuyateh. Buba’s grandfather, Alhaji Bai, is sometimes referred to as the ‘Godfather of Kora’, and is possibly the first kora master to be widely heard outside of Africa and bring this enchanting instrument to the attention of the West. From Brikama in The Gambia (often known as the ‘kora capital’ of Africa), he was the first kora soloist to play in the USA in 1973, and many of the earliest recordings and photos in early books about the West African music tradition feature Alhaji Bai. His son Dembo Konte went on to tour the world along with Kausu Kuyateh, who married into the family. The duo were perhaps the first of the kora stars to travel extensively and popularise the kora to a new level worldwide. Dembo is Buba’s uncle, and Kausu his father. Hailing from Senegal, Kausu is regarded as a legendary kora master in his own right, and some even regard him as the best. Credited with introducing the 24 stringed kora (a regular kora usually has 21 strings), his playing was so revered that it was said of him that his fingers were possessed by the devil. This is an expression we are used to hearing about American blues players, but bear in mind that independently of this in Africa, this expression would not be widespread or common at all. Fast forward to the next generation of kora players, and not so long ago we find Buba living in Brikama, The Gambia, carrying on the tradition of his family, having started his learning at an early age. With a passion for preserving the traditional style of playing, Buba is also part of the new wave who listen to many musical influences and can mix it up in what he calls funky style. Any kora master worthy of that title can play a dazzling array of notes, but Buba’s particular style is often appreciated by African and Western ears alike because of the melodic qualities of his playing that underlie the intricate and complex soloing. His band and solo mastery of his instrument were widely recognised, not only in the popularity of his band to play at Gambian gatherings and events, but even by the President of The Gambia, who singled out Buba to honour him for his abilities. Since 2012 we find Buba living in Warsaw, playing with his own band Bantamba (a fusion of kora, funk and jazz) as well as touring to places like India and collaborating with well known Polish artists such as Maria Pomianowska, Stanisław Soyka and many others. Bantamba is Buba`s main musical project in Poland. The inspiration behind this group was to blend the ancient and modern, combining the traditional West African 21 stringed harp (called the kora) with contemporary, eclectic sounds from the streets of Warsaw. Bringing together his African roots and revered traditional musicianship with a melting pot of artists and styles – from Latino, to jazz and rock – Bantamba, more than most, offers a new sound that is as original, funky and modern as it is enchanting and musically intricate. (ed.)