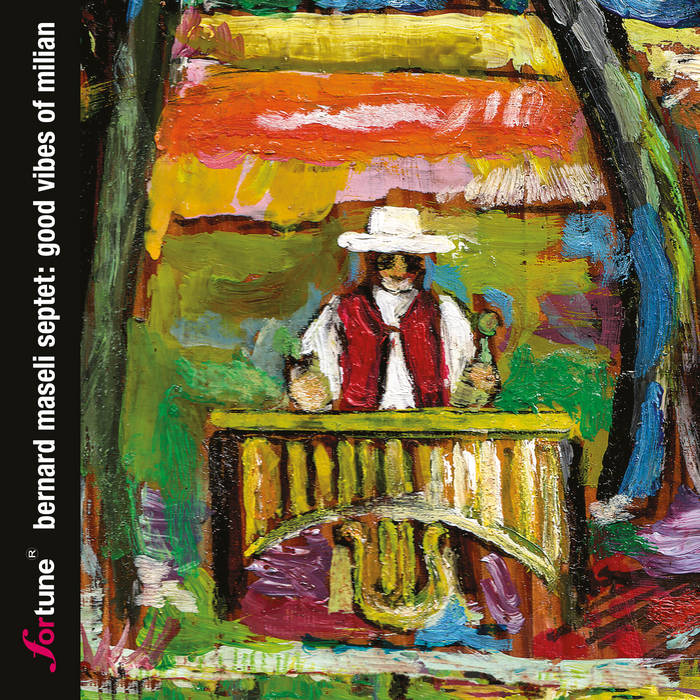 I first met Jerzy Milian in 2006, when I was gathering materials about Krzysztof Komeda. I didn’t expect our encounter to turn into a long-time friendship. He told me about the beginnings of his career, about how much he owed to Komeda, who had inspired him to play the vibraphone, how they had composed the legendary "Memory of Bach" [01] together for the 1st Polish Jazz Festival in Sopot in 1956,
a composition that captivated Willis Conover himself. Their artistic paths diverged in 1957. Milian devoted himself to a solo career as
a composer, arranger, vibraphonist, leader and conductor of numerous bands and orchestras. Among others, he worked with Jan Ptaszyn Wróblewski, Włodzimierz Nahorny, Andrzej Kurylewicz, Roman "Gucio" Dyląg, Wojciech Karolak, Jacek Ostaszewski, choreographer Konrad Drzewiecki, the Gustav Brom Orchestra, the Günter Gollasch Orchestra, and the radio orchestra in Bratislava. He was a long-time leader of the Polish Radio and Television Entertainment Orchestra in Katowice. Enraptured with Milian, Bogusław Schaeffer composed his "Music for MI" for symphony orchestra specially for him. The piece was performed at the Jazz Jamboree in 1963. The next Jamboree, in 1964, brought an important development. It so happened that the head of Belgian radio was sitting next to Milian in the auditorium; listening to the Polish Radio Big Band conducted by Andrzej Kurylewicz, he suddenly turned to Jerzy with a question: – "Do you know who wrote this music?" – "I did. Instrumental Dialogues", Milian replied. And that was the start of a 20-year collaboration between Jerzy Milian and the BRT Belgian radio orchestra. Milian wrote a vast number of compositions – from pop music (including the famous "Parostatek" song), through jazz, all the way to ballet, film, symphonic and opera music. He composed many pieces inspired by Polish folklore. Milian’s collaboration with Arturo Sandoval is not a widely known fact: he wrote "All of Me" for him, which Sandoval played with the Rundfunk-Tanzorchester big band conducted by Milian himself. His oeuvre frequently echoes with memories of his only child, prematurely deceased daughter Olga – for example, in the lovely ballad "I Remember Olga" [02]. He withdrew from musical life in the 1990s, going into retirement and living (seemingly forgotten) in Katowice, in a small, cosy flat filled with his paintings and original icons. (Before graduating in composition from the Hochschule für Musik in Berlin, he had completed a fine arts degree.) I felt honoured when he asked me to help him develop and maintain his website. Soon after the site was launched, I received an email from the UK with a list of titles, asking if they might be compositions by Jerzy Milian. I called Jerzy.
He confirmed it. I sent my reply, and a moment later another email came (this time with mp3 files), again asking for confirmation whether these were pieces by Milian. I copied them to a CD which I delivered to Jerzy. – "Yes", Milian admitted, "these are my compositions, which
I recorded at a radio station in Berlin and then sold to a manager in the UK". I sent off my confirmation, and a reply came back at once: "Finally! This is the happiest day of my life!" Curious, I asked this fan what the fuss was about. It turned out that in the 1980s, at night-time the BBC broadcast a TV test pattern together with various background music, including pieces by Jerzy Milian. At the time, a huge group of fans of the then unknown composer formed in England. They recorded the compositions from their TVs at night and collected them. Twenty years later, that one particularly inquiring fan realised that the composer might be Jerzy Milian. Excited, I called Milian:
– "Do you know that you have a huge following in England, and they recently met up in some small town near London? So many people came that they couldn’t fit into the rented space, so they played your music through loudspeakers in the square!"
He replied calmly: – "Really? Where? Ah, in England… How are things with you? Everything ok? Bye, then". I won’t deny that his indifference surprised me. Then the phone rang. An excited Milian asked: – "Hey mate, what’s this about England?" At first it had completely eluded him that he might be so popular outside Poland. Nor did he have a clue that his old vinyl records reached horrendous prices in online auctions and disappeared in a flash.
The present album is a recording of a concert that took place in Tomaszów Mazowiecki at the 2nd Love Polish Jazz Festival. In a tribute to Jerzy Milian, four brilliant vibraphonists performed on one stage; speaking for all of them, group leader Bernard Maseli said: "we are all from Milian".
Krzysztof Balkiewicz