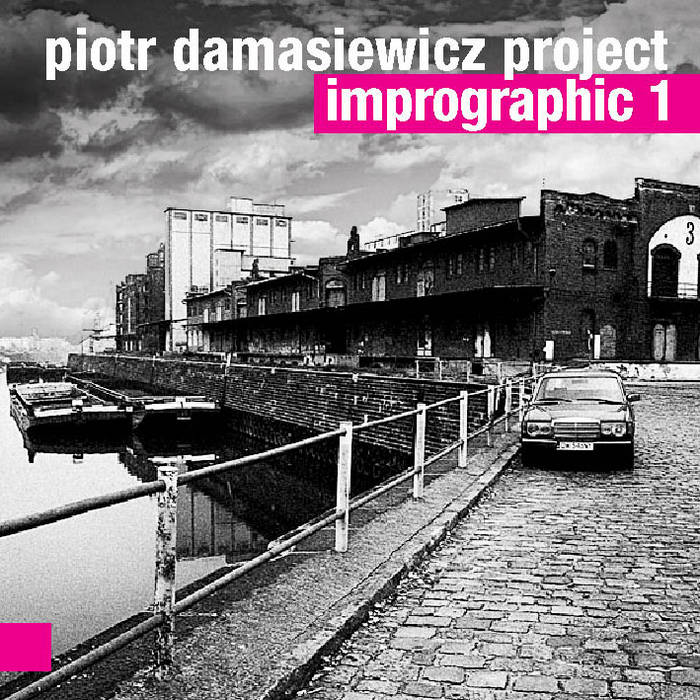 Piotr DAMASIEWICZ: visionary and arts coordinator, band leader, conductor, arranger and composer, multi-instrumentalist (trumpet being his instrument of choice), participant in the Take Five Europe program, and winner of numerous awards and honorable mentions. All that in a single person. This unity is not artificial, in fact it provides room for much more. “Damas” is also a good friend, a prudent, romantic and talented organizer. People revolve around him like eager satellites. As a naturally born leader he is involved in many projects: Hadrony (with the participation of a chamber orchestra), Mnemotaksja (contemplative music), VeNN Circle (experiment), Quintet, and Power of the Horns. The album contains material from three concerts played by ImproGraphic in September 2012 with only few-days’ intervals. Despite such short breaks in between performances, various facets of the ImproGraphic’s music have been captured on this album. The recordings from Alchemia Club in Kraków and Falanster Clubof Wrocław give us solos centered on sound textures, revealingthe musicians’ inspiration in sonorism as well as making references to experimental ensembles of Anthony Braxton and EAI traditions. The moments of collective improvisation sound mighty and bring out riffs originating from the radical free improv that is characteristic for Europe (Machine Gun, Spontaneous Music Ensemble). Nevertheless, it is a well-organized concept album bringing to mind the artistry of Eric Dolphy at the time of his “Out toLunch!” release. Pieces recorded at Cofeina Cafe in Sucha Beskidzka sound quite different; here, the spirit of Albert Ayler shines through the rough, folksy aesthetics of impetuous improvisation. The often ebullient drumming of Ferrandini reveals his southern origins (his father was born in Mozambique, his mother is Brazilian), its trans-like quality seems related to minimalism or even krautrock. The experience which both wind instrumentalists have gained in the Power of the Horns project can be heard in their mutual improvisations – those dynamic, zippy passages reach wayback to the African roots of the free Chicago-style jazz.
(Daniel Brożek)