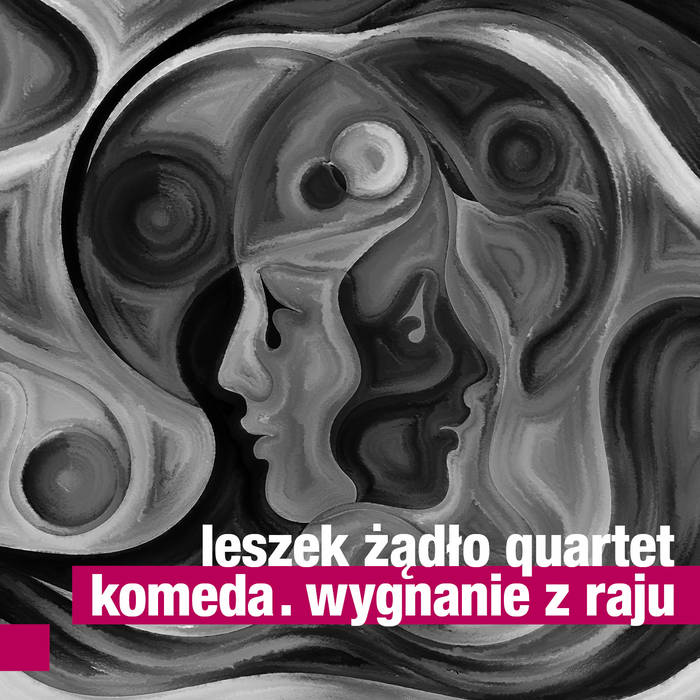 Paco Great album to just settle in and listen to. Favorite track: Exile from Paradise - part 8.

Is an age indeed approaching, of machines which control those who decide about what a person needs for happiness, and even about what they should think today, and do tomorrow? Will they truly be left with merely the right to choose one from a few „variants” of conduct, defined by the program of an „electronic brain”?
In 1969, renowned songwriter Andrzej Tylczyński and Krzysztof Boruń, one of Poland’s most important science fiction authors, predicted this frenzied development of the computerization of societies, even though computers at that time were more of a scientific curiosity. They manifested their ideas in the libretto to musical Exile from Paradise, the story of which takes place on the planet Paradise, and on Earth, on the first day of Man’s existence on it. Songs for the musical were composed by Jerzy Abratowski. Writing of the ballet music, in turn, was entrusted to Krzysztof Komeda, who prepared appropriate compositions, while for help with writing the arrangement and orchestration, he turned to his friend Adam Sławiński. The titles of the compositions evoke the musical climates of the respective eras of mankind’s development, and reveal the character of the music: The Stone Age, Rome, The Middle Ages, The Inquisition, Baroque, The Napoleonic Era, The Waltz Era, Period of errors and distortions, Start into a bright future, Tango – 20th Century. On February 18th, 1967 Roman Waschko announced Exile from Paradise on the pages of Down Beat magazine: This is the first cybernetic musical written for eleven singers, ballet, choir and orchestra. Its theme is the origin of life on Earth, presented in a humorous way, in the form of science fiction. Just prior to his departure for Hollywood, Komeda made efforts to stage the musical in what was then the Soviet Union, appealing for help to Aleksy Bataszew, who was a great promoter of Polish jazz in Russia. He received this reply from Bataszew: I met with Weisbrot. He said that your musical probably doesn’t have a chance of viewers in the Soviet Union getting to see it – because it doesn’t have any agitating or propaganda merits. It’s missing that red, anti-imperialistic thread. Krzysztof Komeda had already finished writing the music to Exile from Paradise in 1962, but viewers weren’t able to see the musical until three months after the composer’s death – on July 13th, 1969 at the Musical Theater in Gdynia. Unfortunately, the musical wasn’t recorded in any form. What’s more, until recently it was thought that Komeda’s music had been irretrievably lost. However, the complete musical score to the musical was happily found by Piotr Tylczyński, while sorting out his father’s archives. On the basis of this source material, without changing Komeda’s musical dramaturgy, Leszek Żądło composed an original suite. In cooperation with Matthias Preißinger, he reworked the orchestral arrangements for a jazz quartet, freeing space for individual improvisations on Komeda’s primary themes. The outcome is this album by Leszek Żądło – Komeda. Exile from Paradise, on which he is accompanied by outstanding musicians of the Polish jazz scene – Leszek Kułakowski, Piotr Kułakowski and Jacek Pelc. In Komeda’s pieces that came about at the beginning of the 60’s, the musical mood of those years, as well as truly captivating ballet climates, are clearly audible. The musicians imbued them with a new, brilliant quality, diverging at times into realms of late Coltrane-style jazz – and these are the most incredible moments of the suite. (Krzysztof Balkiewicz)