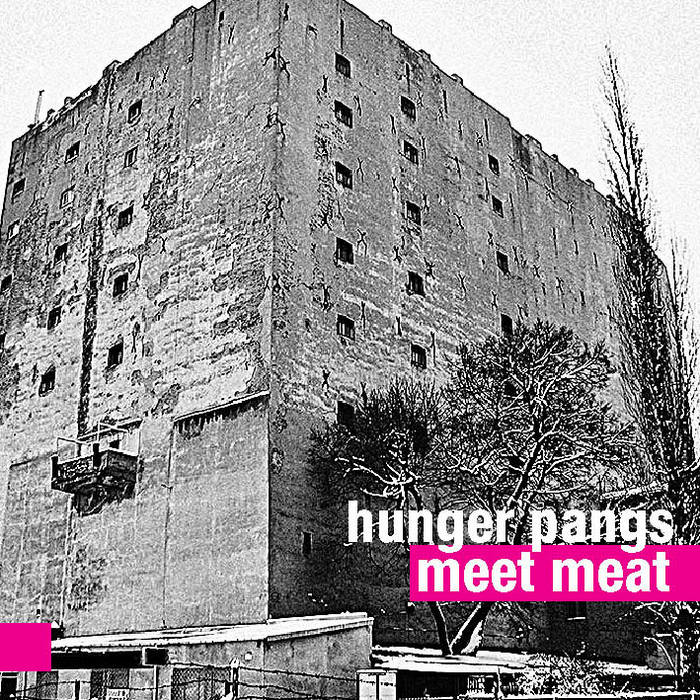 Hunger Pangs consists of Marek Kądziela (guitar) who is the band’s founder and an author of most of the compositions, Tomek Dąbrowski (trumpet), and Kasper Tom Christiansen (drums). The three musicians first met as students at the Carl Nielsen Academy of Music in Odense,Denmark. Their longstanding acquaintanceship finds a common denominator in their musical activity which was initiated in 2006 and has lasted until this day (also within other formations, such as K.R.A.N., OFF-QUARTET, or Kasper4). The material for this album was created in the years 2010–2012. It was registered during three recording sessions: one in Berlin (with Frank Möbus) and two in Odense. The band plays music inspired by the works of Der Rote Bereich and Hyperactive Kid. The presence of Marek Kądziela as a leader has resulted in elaborate, multi-layered compositions which are diverse in character and full of contradictions: from punk-style expression, through jazz imaginativeness, to elements of the ballad and contemporary classical music. Playing with sounds and tones tinges the music with the colors typical of harmonies found in sonorism, like dissonant chords, rustlesand crackles. This musical journey goes beyond any defined areas of specific genres; it is largely based on emotions and the artistry of world-class musicians.