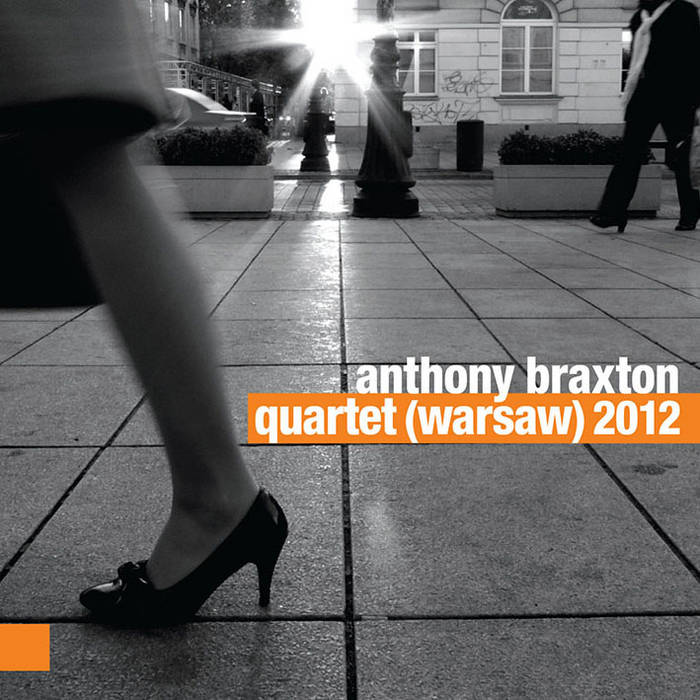 John Cratchley Braxton's music is often described as cerebral (as though this were somehow detrimental?),but I disagree that this is its only quality...listening since the early Leo solo recordings (as well as 'For Alto') I think his music is intense, yes, but full of verve and vigour and emotionally charged...you just have to realign your ears and your listening pre (mis) conceptions...this is an exemplary quartet recording and I think his music is totally accessible, totally non-derivative and beautiful...

Too jazzy for some, not enough so for others. Thought to be either overly disciplined in his dealing with a compositional framework or excessively free and placing undue trust in improvisation. Hopelessly complicated in the eyes of jazzmen, yet suspiciously rebellious according to the enthusiasts of contemporary ideas in music composition. Anthony Braxton.

In the course of nearly five decades Anthony Braxton would once in a while give a clear sign that his affinity with various traditions resulted from choices he made as a creator, a sapient being and an active participant of the culture. How else? During each and every decade of his working life he was encouraged, ever increasingly, not to identify himself with just one cultural circle but to experience music in all its abundant variety. Hence, he cannot be seen solely as a jazzman even though his innumerable recordings and concerts loudly proclaim the significance of jazz in his art. Likewise, he cannot be perceived only as a composer who has devoted much of his life to fathoming the philosophy of John Cage’s and Karlheinz Stockhausen’s music nor as a conceptualist tirelessly exploring the nature of notions as far-flung as stochastic music, marching music and the music of North American Indians. What then should we make out of Anthony Braxton? Perhaps it is best to think of him as a creator whose desire is to embrace the vast scope of inspirations and fascinations in order to close it shut with what he might crisply term as “my music”.

While travelling through the expanses of music Anthony Braxton has developed multiple ideas of his own, some of which he presented to us in a direct concert experience. Today we are presented the most recent document registered at the 2012 Ad Libitum Festival, revealing Braxton’s ideas developed with the Diamond Curtain Wall Quartet. Here, acoustic chamber music blends with real-time electronic music generated with the use of SuperCollider, a computer program developed at the end of the 20th century by James McCartney.

Let’s go back to where we started. For whom does Anthony Braxton make music? For people enthralled by the search for arcane places which astound one with their richness and design. For people who appreciate probing the oceans of music in search for a place of one’s own rather than accepting ready-made solutions. As the Maestro says himself, “Thank God there are many musics in the world, and the nature of every music is mystical and scientific”.