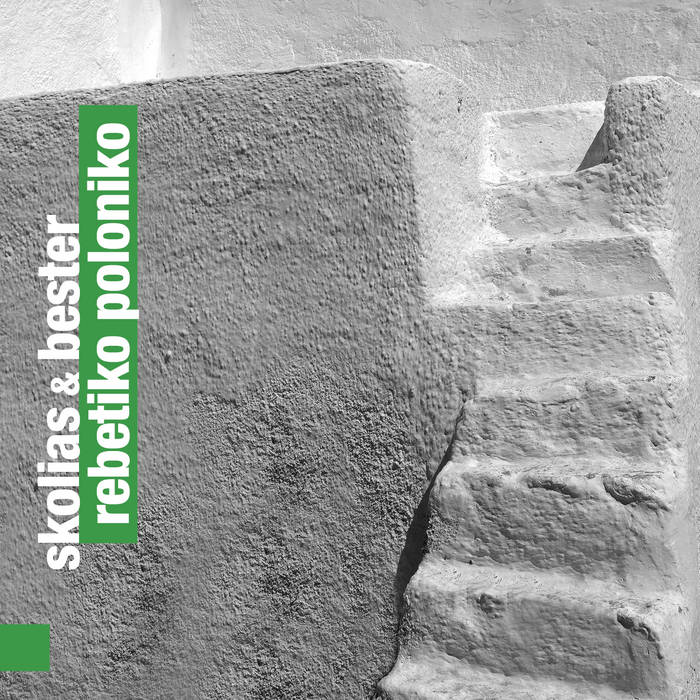 The Skolias & Bester duet is an experimental musical project, in which the point of departure for creative searches and interpretations is traditional Greek music – termed Rebetiko, but also known as Greek… blues. These are selected pieces of that genre from the 20’s and 30’s of the past century, which the artists transform in a way specific to themselves, creating a mosaic of contemporary sounds and broadly perceived improvisations, with which they simultaneously take the listener into another dimension of space-time, enabling them to feel the climate of those years. Rebetiko is music played and sung by Rebetes,
refugees of Greek origin (a minority earlier settled on the coast of Turkish Anatolia) who were forcibly resettled to the impoverished suburbs and port districts of Athens, Piraeus and Thessaloniki. This term signifies not only a place of living, but primarily a lifestyle, type of mentality and, more broadly – a cultural model. The word rebetis derives from the Turkish language: rebet – unyielding, rebellious. The Rebetis came from the lowest social class, and was usually a poor, unemployed outcast living – by necessity – on the margin of the law, inherently negating traditional values and institutions of authority. Rebetes formed a particular subculture, which was closely tied with the criminal underworld of cities in pre-war Greece. They used a specific jargon known as mangika, and were provocative with their decadent behavior and unconventional attire. Yet their music reflected sadness, grief and bitterness, but also rebellion and affirmation
of an illicit life. For this reason, performing pieces in this style was prohibited in Greece for a number of years… In 2017, Rebetiko was added to UNESCO’s Intangible 4 Cultural Heritage List.