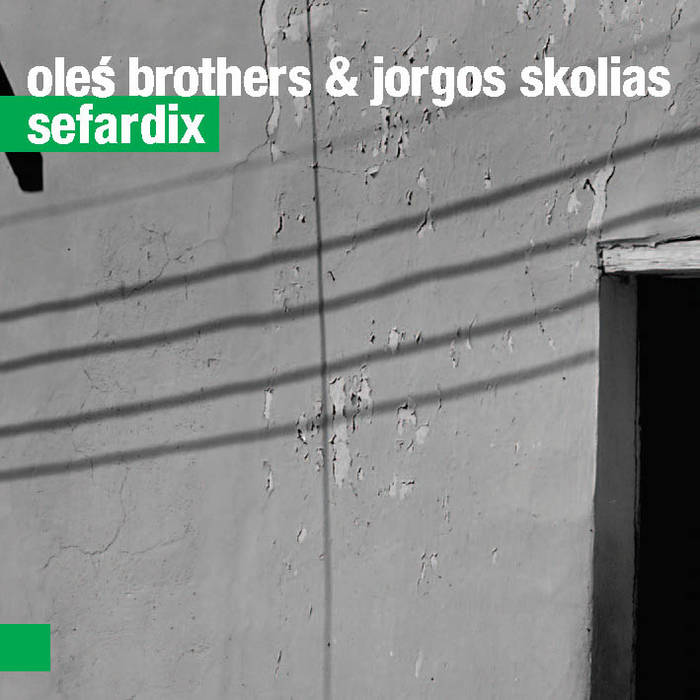 In the aftermath of the exodus of the Sephardic Jews, expelled first from the 15th century Spain and soon after from Portugal, their music was dispersed throughout Europe, then reached North Africa and Turkey, transforming local culture and music and undergoing a transformation itself. Over time it became a vital component of the European musical landscape and its influence spread across the ocean. Where then did the idea originate that the music of the Sephardim could be played in a novel way and sung in Greek? Did it spring from the urge to redefine this music again, or maybe from a somewhat postmodern desire to violate yet another canon? The idea was the brainchild of Miron Zejfert, head of the New Jewish Music Festival in Warsaw, who commissioned the Sefardix Project for the festival’s second edition in 2011. The premise of the undertaking, as well as one of the main goals of both the organizer and the musicians, was to create pieces which would tell the story of the music instead of focusing solely on its reinterpretation. The disc would be incomplete without improvisation, which in Sephardic music can betraced to the legacy of the 800-year long Arab presence in Spain and to the solo pieces whichin the form of a capella songs were an essential element of this music. Although the instrumentation here is resolutely unconventional, it conforms to Sephardic norms since it includes vocals, plucked and bowed strings (the bass fulfilling here a dual role) and also percussion (with augmented instrumentation).
(Marcin Oleś)

All compositions are traditional Ladino and Greek songs.

All songs adapted by Marcin Oleś, except track 3 composed by Bartłomiej Brat Oleś and track 5 adapted by Jorgos Skolias.

Recorded 11th and 12th of November, 2011 at MAQ Records in Wojkowice (Poland)