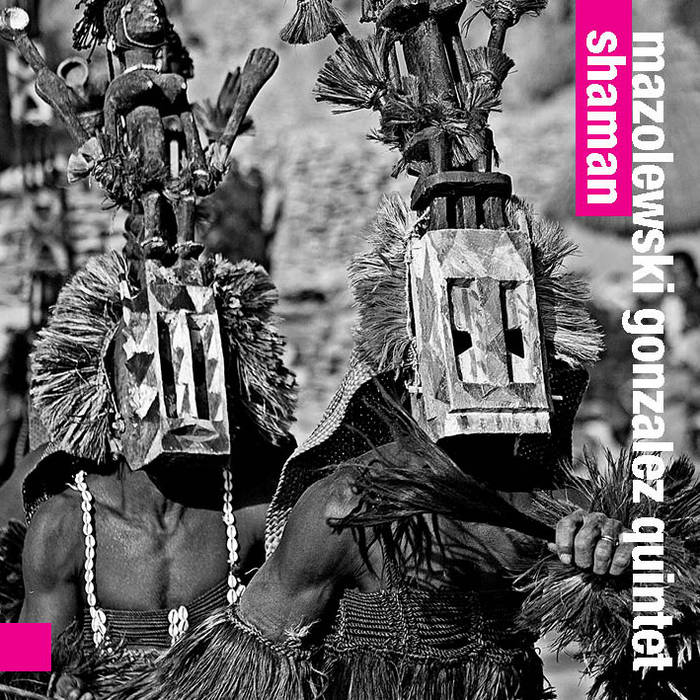 It all started in “Rubicon”, a record store in Warsaw, which I owned. One day, when Wojtek Mazolewski called in and heard the music of Yells at Eels flowing through the speakers, we hit upon the idea to join the forces of his Polish band and Dennis González, an outstanding trumpeter from Texas. Their first musical encounter took place in Warsaw in the autumn of 2010. Mazolewski, Pospieszalski, Rogiewicz and González began collaboration as the Mazolewski Trio featuring Dennis González. After a concert tour the band met in a studio to record their first session. They were joined by Joanna Duda, a pianist who frequently cooperates with Wojtek, and this is how the Mazolewski González Quintet came into being. The entire “Shaman” album consists of the recordings made during that session. The list of compositions was democratically split between band leaders: there are two pieces by Mazolewski, two by González, and two by… Krzysztof Komeda. The composition of the Polish jazz icon (by which we mean the author of the score for Rosemary’s Baby, of course), was not used by chance. Gonzalez had already included Komeda’s “Litania” in his repertoire and played it while touring Poland with Yells at Eels (the tour was crowned with the “Great Bydgoszcz Concert” record published by the reputable Ayler Records). It was a tribute to Tomasz Stańko’s outstanding album under the same name. The music on “Shaman” is the jazz of the 21st century with deliberate references to the history of the genre. The presence of Dennis González lets us hear the band in its prime.
(Jarosław Polit)